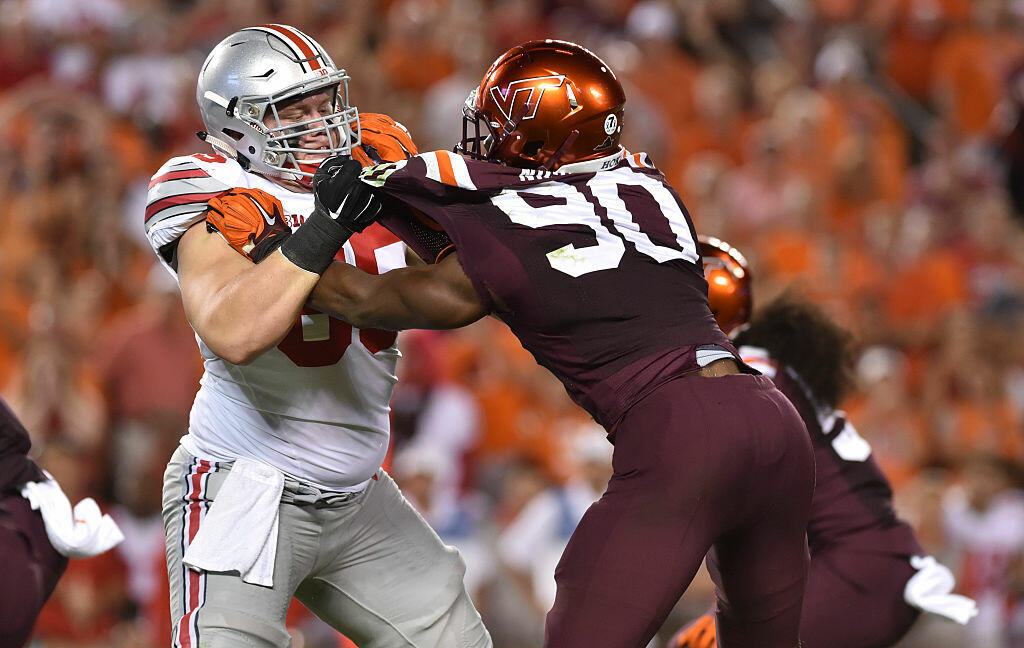 The Vikings are a wheeling and a dealing tonight as we are now underway in the 3rd round of the 2017 NFL Draft. This time trading up with the New York Jets to get pick #70, the Vikings looked to bolster their offensive line by taking Ohio State OL Pat Elflein.

Elflein could fit in as either a center or a guard in the NFL giving the Vikings line flexibility they badly need. Standing 6'3" tall and weighing 303 lbs, Elflein won the Dave Rimington Award as the nation’s top center in 2016.

Intelligence and effort are two attributes that go hand in hand with Pat coming to Minnesota. Here's what Todd McShay had to say about him heading into the draft.

“Elflein, who is the top-ranked center on our board, is on the smaller side. He doesn't have great athletic ability, but he has the length, toughness and smarts to be a Day 1 starter at center. He's also versatile enough to line up at guard.”

According to reports, the Vikings flipped a 5th round pick to the Jets to move up and get Elflein.