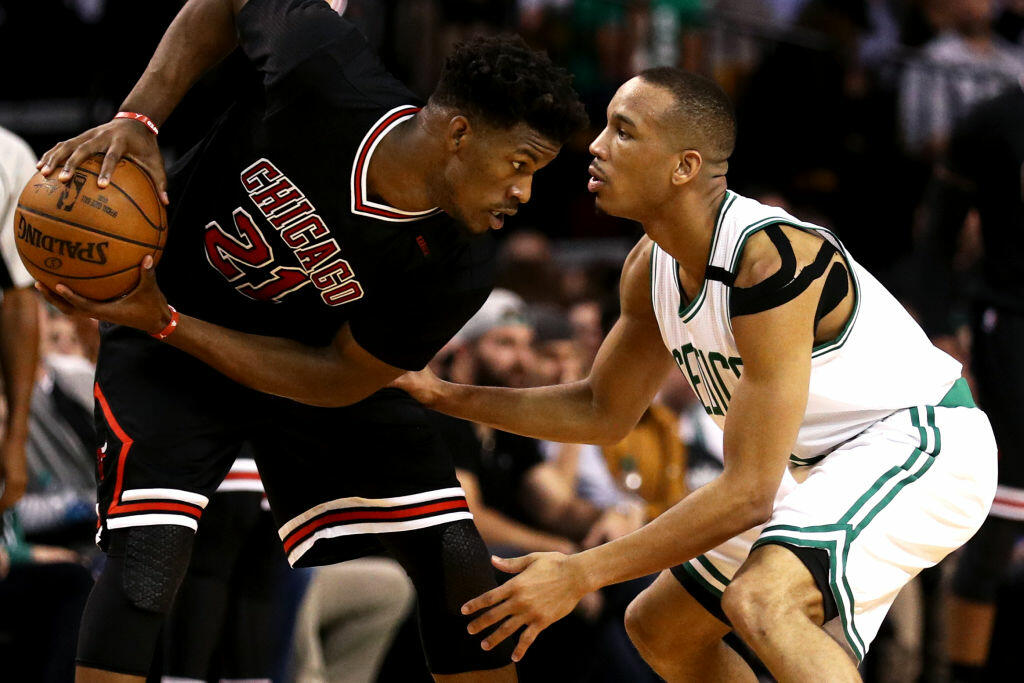 Moments before the Los Angeles Lakers made Lonzo Ball the second pick of Thursday's NBA draft, multiple outlets reported Butler was going to be dealt to the Minnesota Timberwolves.

Butler was dealt for Zach LaVine, Kris Dunn and the rights to Lauri Markkanen. Also going to Minnesota are the rights to Justin Patton, who was picked at No. 16 by the Bulls.

Butler was the 30th overall pick by the Bulls in 2011 out of Marquette. He averaged a career-high 23.9 points last season as the Bulls were 41-41 and qualified for the postseason as the eighth seed in the Eastern Conference.

Thibodeau coached Butler from 2011 to 2015 before being fired. He joined the Timberwolves last season with the dual title of coach and head of basketball operations.

Last season, the teams worked on a potential deal for Butler, but talks collapsed based on the belief that Chicago's demands were too high. Instead, the Bulls dealt Derrick Rose to the New York Knicks for Robin Lopez and hoped to regain some of the success they experienced in Thibodeau's tenure.

By obtaining Butler, the Timberwolves are taking on the final three seasons of the $95 million deal he signed after the 2014-15 season. They had approximately $24 million available on their salary cap after waiving injured center Nikola Pekovic on Tuesday.

LaVine is coming off a torn ACL but was showing steady improvement. Before getting hurt, LaVine shot 46 percent and averaged a career-high 18.9 points and shooting a career-best 45.9 percent.

Since entering the league as Minnesota's first-round pick from UCLA in 2014, LaVine has averaged 13.7 points per game and shot 44.5 percent.

Markanen averaged 15.6 points and 7.2 rebounds in his only season at Arizona. The 7-footer became the highest-ever draft pick from Finland.

Patton averaged 12.9 points and 6.1 rebounds. The 7-footer shot 57.3 percent and was the Big East freshman of the year.