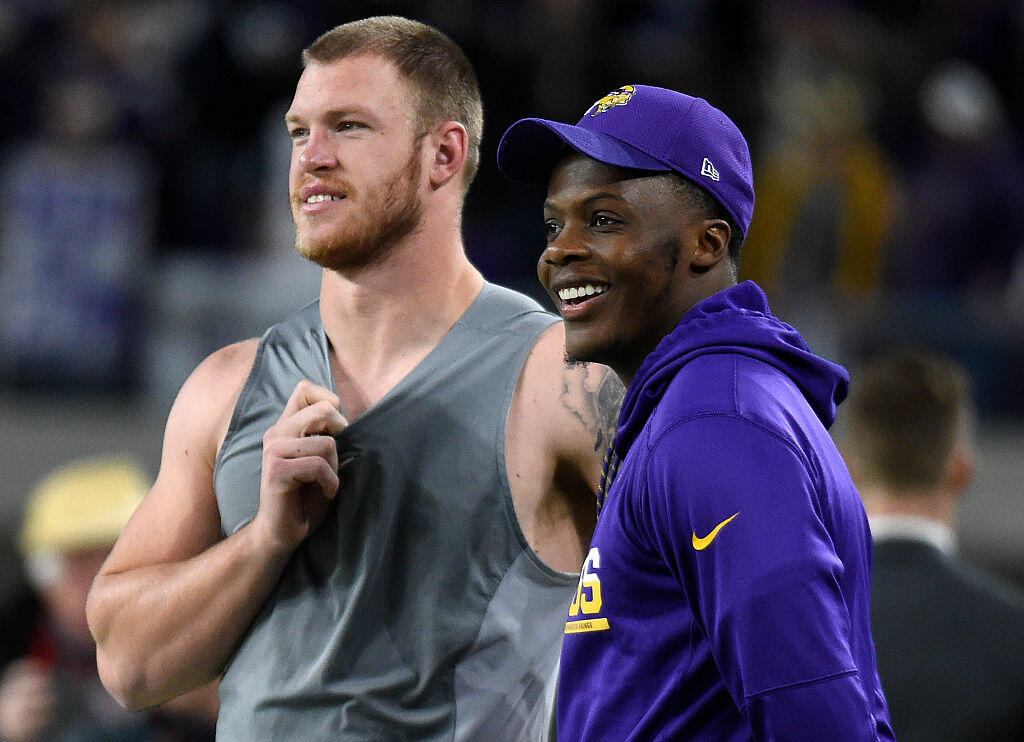 It's been eleven months since Teddy Bridgewater's life was flipped, turned upside down...

Asked about the rumors that his leg was on the line, Bridgewater's response was telling.

"Probably, I don't know," Teddy said. "I was in the back of the [ambulance], [Eric Sugarman] was back there with me and we had a conversation, I'm pretty sure both of us were pretty nervous about that conversation. I'm glad that everyone reacted in a timely manner and we were able to save my leg if that's what you want to call it."

Bridgewater also confirmed earlier in the press conference that the injury was in fact a non-contact injury [some had speculated that he had gotten stepped on].

"It was a play-action pass," Teddy explained trying to remember specific details. "There was no contact, probably just a bad step. I put a lot of force into the ground and I'm pretty sure the knee just gave out...As I was out there on that ground, different guys came up holding my hand and praying for me...I'm thankful to be part of that team."

Both the Vikings and Teddy are unsure of a specific timeline and are taking things "one day at a time", but the fact that a return to football appears to be imminent seems to be a miracle in and of itself.

That said, Bridgewater did note that he finds confidence in the fact that fighting adversity is in his blood.