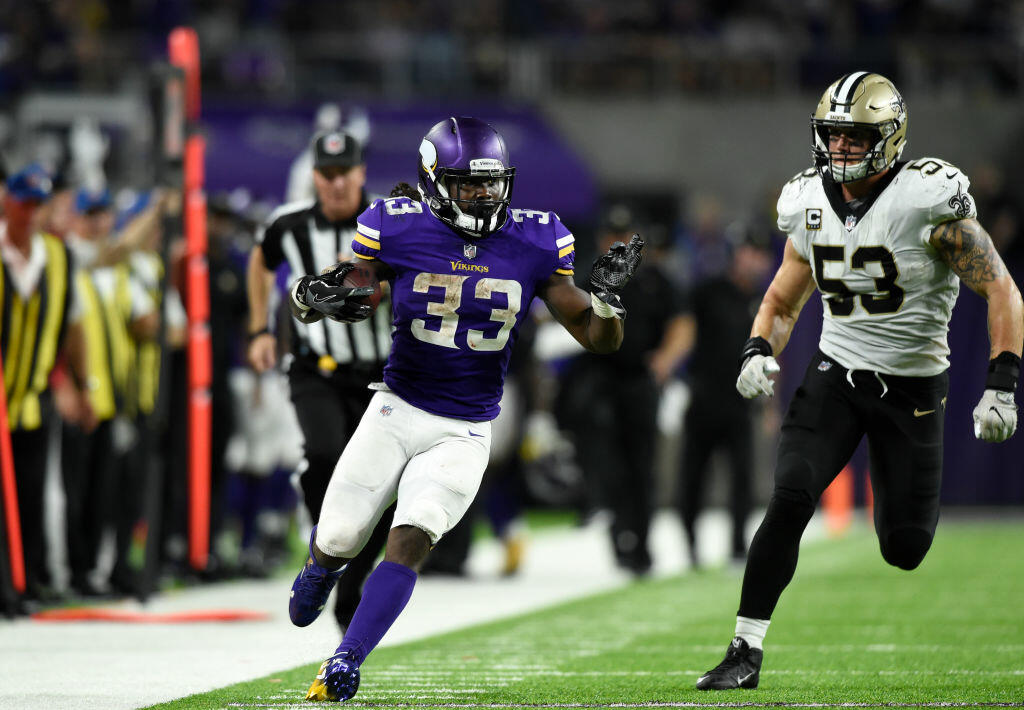 Dalvin Cook got off to a slow start in his first NFL game, but a big second half helped him accomplish two things the Minnesota Vikings didn’t do all of last year.

It took Dalvin Cook one NFL game to accomplish what the entire Minnesota Vikings backfield couldn’t do last year.

The rookie running back had 127 yards rushing in a 29-19 win over the New Orleans Saints, the first time since 2015 that a Vikings back ran for 100 yards. Even better, Cook added an explosive element to the running game that had been lacking.

“For his first game as a rookie, I should be more surprised by that, but I’m probably not just because of how talented I think he is and because what we’ve all seen from him since he got here,” quarterback Sam Bradford said. “You can’t really say enough about him, to be able to come in and play as many snaps as he did to keep pounding and pounding and finally break a few at the end.”

The Vikings have talked all offseason and preseason about trying to add more explosive plays to the offense, but head coach Mike Zimmer and offensive coordinator Pat Shurmur emphasized last week that explosive plays can come in the running game, too, not just the passing game.

Cook made them prophetic with runs of 32 and 33 yards. All last year, the Vikings had only one run of 30 yards or more – a 36-yarder by Jerick McKinnon. They had only six rushes all season of 20 yards or more.

“It’s definitely good to show that we can go out and run the ball, pass the ball, and that we’re leaving everything from last year in the past,” Cook said. “It’s a new slate for us, a new team, and new demeanor for this team. We’re just going to work.”