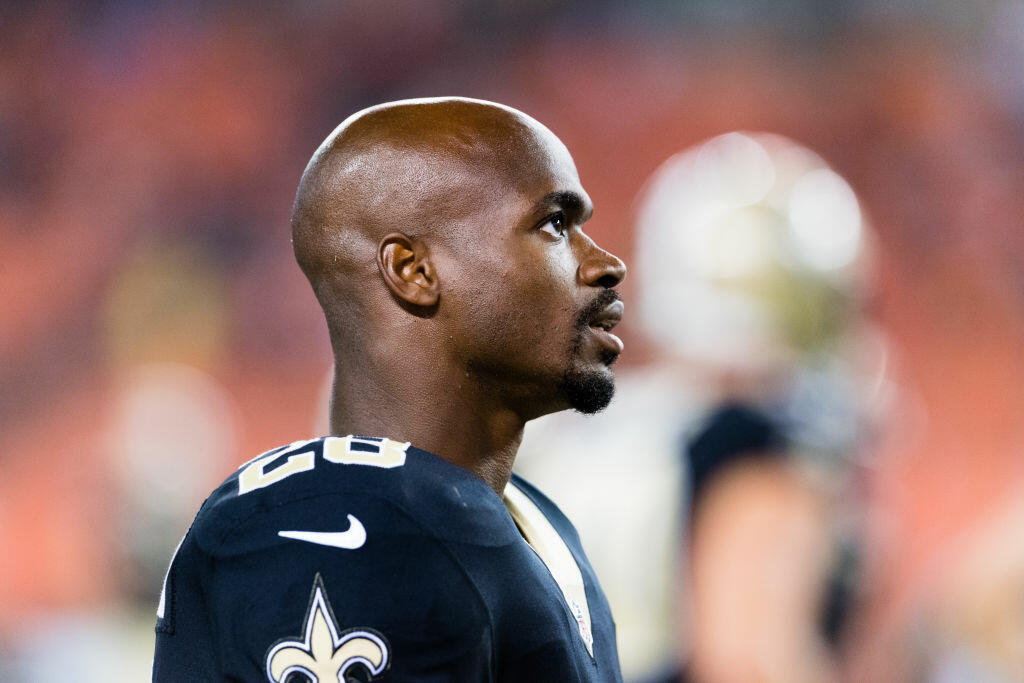 In his first season with the New Orleans Saints, Peterson made his debut Monday against his former team, the Vikings. He is Minnesota's career rushing leader with 11,747 yards, and he scored 102 touchdowns in 10 seasons.

The proud Peterson might have hoped for a hero's welcome but would have been satisfied with an opening-night win for his new team.

His New Orleans debut did not go the way Anderson or the Saints hoped.

Peterson was held to 18 yards on six carries in the Vikings' 29-19 victory.

"It was a little different, but once I got out there, it was more fun," Peterson said. "I wish I could have gotten more snaps, but it was and interesting going up against those guys."

He took the field for the opening snap to a strong chorus of boos from the Minnesota faithful. Peterson then proceeded to rip off a 9-yard run on his first carry, pushing the pile forward with perhaps a little more force behind his churning legs.

Peterson got a carry on the second play, too, and picked up just enough for a first down. He received just four carries and gained just 8 yards the rest of the way.

"We stopped him and didn't let him get going," said Vikings defensive end Everson Griffen, who spent seven seasons going up against Peterson in practice.

Vikings cornerback Xavier Rhodes talked during the week about his eagerness to line up against Peterson, but he was more complimentary of the former face of Minnesota's franchise.

"It's a game, you have fun with it," Rhodes said. "We love Adrian and still love him to death. He's done a lot for Minnesota, so we still have respect for him."

"Of course it's tough," Peterson said about losing and getting just six attempts. "I'm an ultimate competitor. It's tough. I knew the type of situation I was coming into. At the end of the day, we have to figure out how we can do better.

"With that being said, three of the first four drives ended up in the red zone. The red-zone efficiency wasn't good."

Peterson was even off the field a few times in the red zone. The frustration might have set in as cameras saw him walking after coach Sean Payton and saying something to Payton with a stern look on his face. Both of them said there was no issue.

"Listen, I'd tell you if we were in a heated exchange, so why don't you ask him," Payton responded. "I think he was into it. We were all into it. There was not one (exchange) that I could recall, and I'm being honest."

Peterson said he advised Payton they should run some inside zone at one point, but he couldn't recall the instance caught on TV. He said he just as easily could have said, "I love you."

Meanwhile, Peterson's replacement was enjoying his NFL debut. Dalvin Cook, who was drafted out of Florida State in the second round, had 22 carries for 127 yards.

"He just told me to keep balling, and I told him that I'm just following the GOAT's footsteps," Cook said of his chat with Peterson after the game. "That's what I'm doing. I'm learning, but there's a lot to learn and there's a lot to learn from him. He did some great things with this organization that he put on tape that I like to watch."

Peterson likely will return one day to Minnesota to receive the welcome he deserves, possibly with a spot in the team's Ring of Honor that former receiver Randy Moss joined on Monday nig