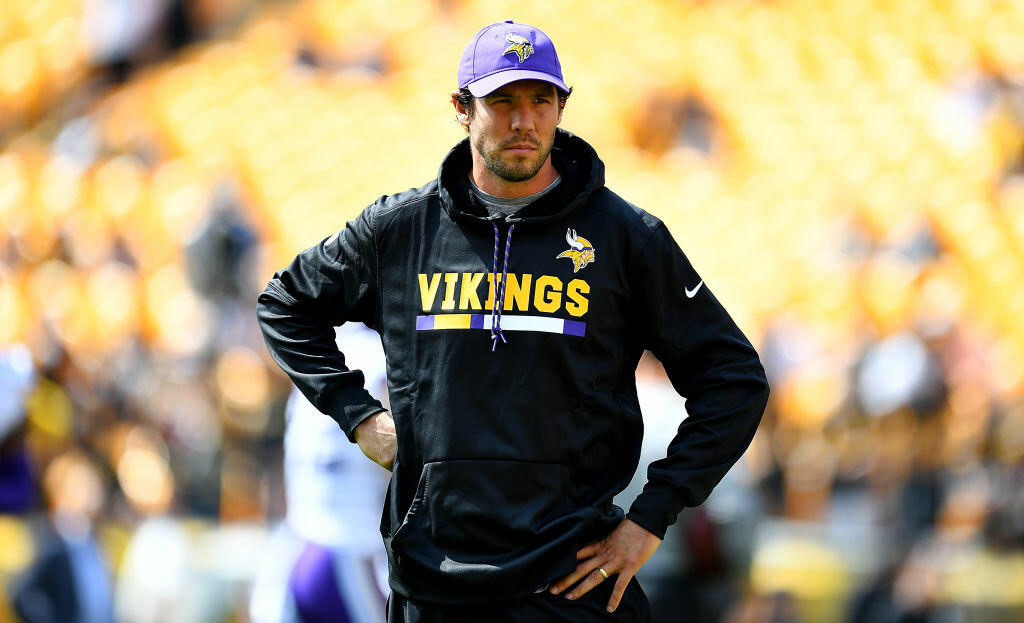 EDEN PRAIRIE, Minn. -- Minnesota Vikings fans were reminded once again that too much prosperity has a way of causing the pendulum of purple pain to swing back extra hard.

A week after quarterback Sam Bradford opened the season with a career-high 143.0 passer rating in a 10-point home win over the Saints, his playing status is uncertain after sitting out Sunday's 26-9 loss at Pittsburgh with swelling in the left knee he had reconstructive ACL surgery on in 2013 and 2014.

Zimmer said Sunday that the injury was "nonsurgical" and the swelling associated with Bradford's two ACL surgeries. Monday, he said he thinks Bradford twisted the knee during the opener, a game in which Bradford was sacked only once and hit only one other time.

NFL Network reported Monday that Bradford has a bone bruise and will have an injection in the knee this week.

The Vikings now have a stretch of four home games in five weeks, with the lone road game at 0-2 Chicago. But they could be looking at having to start Case Keenum again on Sunday against Tampa Bay.

Keenum looked overwhelmed in an offense that was lifeless while gaining only 237 yards with him at the controls. He didn't turn the ball over, but had 17 incompletions out of 37 attempts, threw for only 167 yards and posted a 65.9 passer rating.

Zimmer has experienced his share of what some call the Vikings' jinx. In 2014, for example, his head coaching debut was a 34-6 victory at St. Louis. But less than a week later, running back Adrian Peterson was indicted on child abuse charges and did not play again that season.

Bradford is expected to play again this season. But no one knows or will say when that next snap will be.