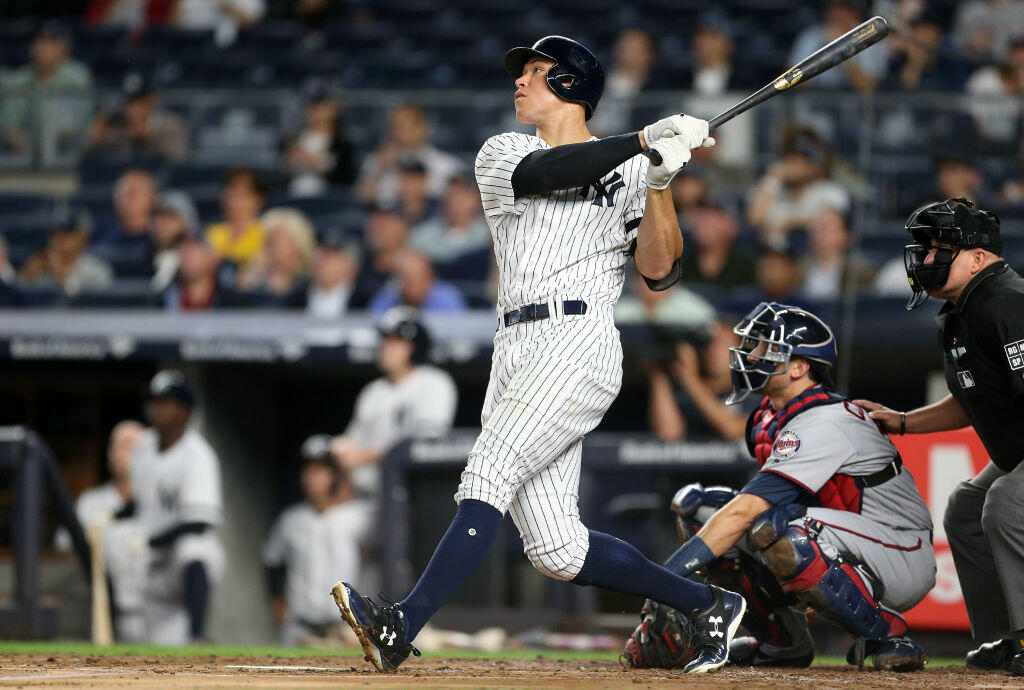 (Bronx, NY)  --  Todd Frazier's sac-fly in the sixth inning was the difference as the Yankees trimmed the Twins 2-1 in the first of a three-game series at Yankee Stadium.  Aaron Judge belted his 44th home run of the season in the first for New York, which extended its lead on Minnesota for the top AL wild card to five games.  David Robertson got his ninth win out of the bullpen and Aroldis Chapman got the final five outs for his 19th save.  Ervin Santana dropped to 15-and-8 with the tough-luck loss.  Robbie Grossman's fifth-inning grounder plated the Twins' lone run.