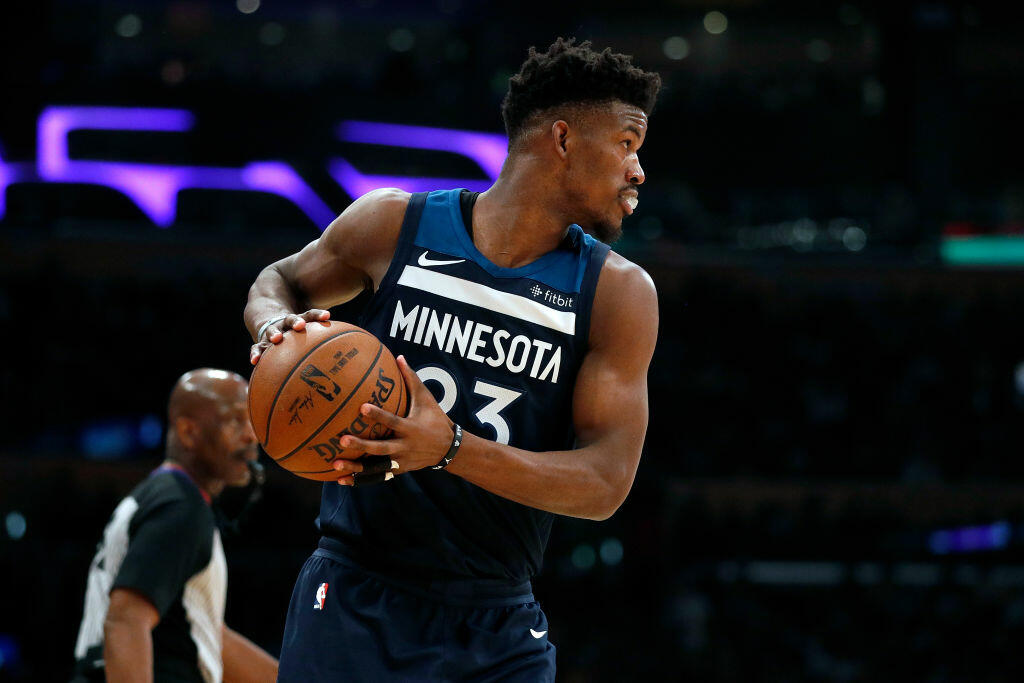 MILWAUKEE -- The Milwaukee Bucks' helter-skelter season continues Thursday night when they play host to the Minnesota Timberwolves in an interconference matchup at the Bradley Center.

The Bucks were expected by many to emerge as a rising power in the Eastern Conference but instead have been something of an enigma; capable of dominant performances against the league's best squads while looking flat-out overwhelmed against some of its' worst.

That was the case Tuesday night when Milwaukee committed a season-high 20 turnovers and looked largely lethargic in a 115-104 loss to the Bulls -- the Bucks' second loss to Chicago in an 11-day span.

Their performance in that contest led to questions about the team's youth and reasonable expectations.

"We've been in that position before a couple years ago and we didn't do well with it," Middleton said of the 2015-16 squad which missed the playoffs after a surprising 41-41 finish a year earlier.

"I wish we could have grown out of that experience, but right now we're still going through it. I've been through it before, Giannis has been through it before, John (Henson), Jet (Jason Terry). We have to do a better job of just owning the expectations and playing our basketball, playing up to the level we're capable of playing every night and not to the competition or who we're playing."

Head coach Jason Kidd insists that Milwaukee's youth is a reality, not an excuse.

"We're not learning about it, it's the truth," Kidd said. "You guys can write that we're a super team and that we're really good and we've got the 'Big 3' or the 'Brew 3.' We're a young team that's learning how to play the game at a high level with expectations that are a little bit too high. Understanding that no one in that locker room has ever won, so we're learning how to win as a team."

With losses in five of their last seven games, the Bucks will face a tough task against Minnesota, which has won five in a row including a 128-125 overtime victory over Denver Wednesday night.

Jimmy Butler scored 12 of Minnesota's 14 points in the extra session and finished with a game-high 39.

Like Milwaukee's Giannis Antetokounmpo, Butler -- who called the Bradley Center home for four seasons while playing for Marquette University -- has established himself as a legitimate candidate for league Most Valuable Player honors this season, averaging 20.7 points, 5.5 rebounds and 4.8 assists.

He's put up 26.0 points per game on 50.5 percent shooting in December while the Timberwolves have gone 9-4 to move up to fourth in the Western Conference standings.

"I've been saying it all year. I hope everyone's recognizing how special he is," said Minnesota coach Tom Thibodeau, who also coached Butler for four seasons with the Bulls. "He's changed everything for us. Big play after big play. Guards everyone. Hustle plays. Tough rebounds. In traffic. Passes, shots, free throws. Everything.

"He's got unbelievable will to win, and that's what makes him so special. When his best is needed, he's always at his best. Always been that way, and that's not going to change."

Butler averaged 18.5 points on 40.7 percent shooting in four games against Milwaukee last season while playing for the Bulls. Antetokounmpo, the league's second-leading scorer this season with 29.5 points, averaged 21.5 points with 6.0 assists and 5.0 rebounds in the two games against the Timberwolves.

Minnesota has won four straight games on the road and is 10-7 away from the Target Center this season, making the Timberwolves one of only four Western Conference squads with winning road records this season.

The teams split the season series a year ago but Milwaukee has won five of the last six meetings in the series, including three in a row at the Bradley Center.