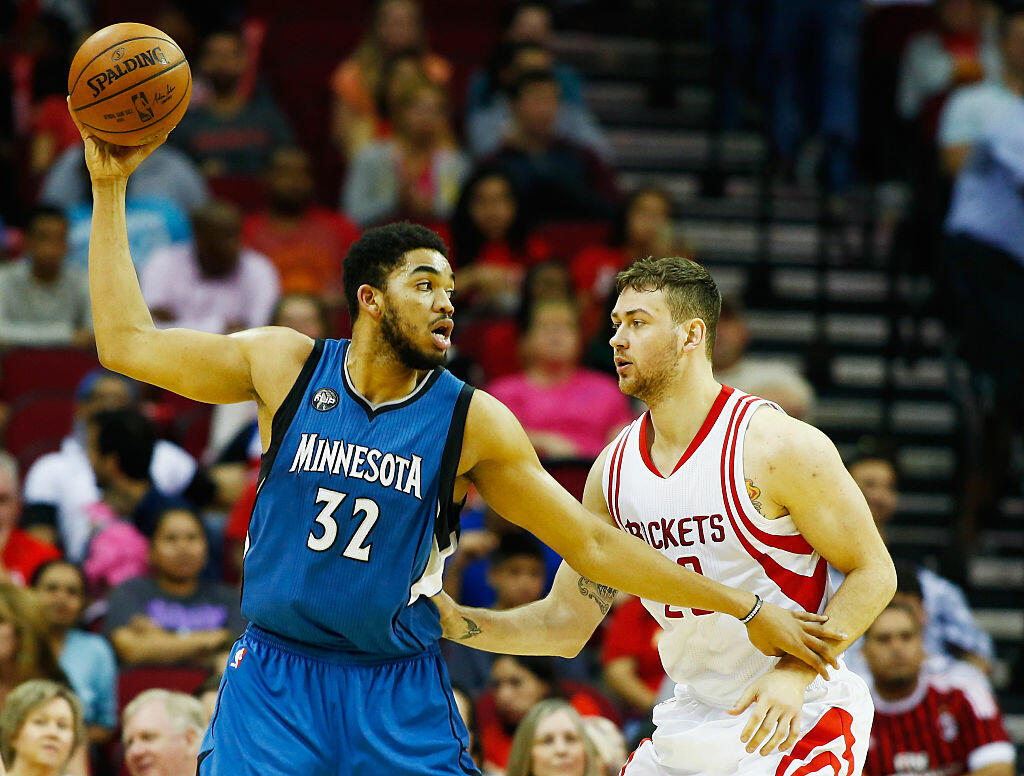 HOUSTON -- Locked in a battle with the defending champion Golden State Warriors for the top seed in the Western Conference, the Houston Rockets will initiate their stretch run healthy and energized by the reality that homecourt advantage throughout the playoffs is a possibility.

The Rockets (44-13) will host the Minnesota Timberwolves on Friday at Toyota Center riding a 10-game winning streak and expecting the return of forward Trevor Ariza, who has missed nine consecutive games with a left hamstring strain.

Houston will also welcome back reserve guard Eric Gordon while adding swingman Joe Johnson and center Brandan Wright, a pair of buyout signees, to their potent mix, leaving the Rockets loaded for bear as the regular season resumes.

"I feel good," Ariza said. "The great thing about my situation is we have a really good training staff, an unbelievable coaching staff, and great support from my teammates. The time out has been great."

How Rockets coach Mike D'Antoni manages playing time will be worth watching over the final 25 games. Squeezing Johnson and Wright into a bench unit that already includes Ryan Anderson, Luc Mbah a Moute, Nene and Gordon represents a significant challenge. While the Rockets are lauding their depth, the fact is there won't be nearly enough minutes to go around.

D'Antoni shared that truth with Johnson and Wright before both signed with the team. Still, Johnson and Wright are in Houston with the designs of helping the Rockets, and D'Antoni has the responsibility of maximizing their talents and blending their skills with the current veterans.

"They're vets and, obviously, they fit the system well. They know what's going on," Rockets guard James Harden said of the two newcomers. "They want to win; they have that mindset. It should be a breeze."

The Timberwolves (36-25) are locked in a chase for playoff positioning as well, attempting to fend off the Oklahoma City Thunder (34-26), Denver Nuggets (32-26) and Portland Trail Blazers (32-36) in the Northwest Division while chasing down the San Antonio Spurs (35-24) for the third seed in the West.

Minnesota has been a victim of its own erratic play, neither winning nor losing more than two consecutive games since its five-game winning streak ended last month. The Timberwolves are 7-9 since, including an 18-point home setback to the Rockets on Feb. 13.

"Getting the break at this time for us was good, and it's a chance to recharge and get ready," Minnesota coach Tom Thibodeau said referencing the league-leading 61 games the Timberwolves logged before the All-Star break. "But it comes fast again. The first week back is not easy, and we're going to have to be ready right off the bat with Houston."

"We've just got to run them off the (3-point) line, don't give them as many open looks," Timberwolves guard Jimmy Butler said. "Compete a little bit harder. They've got a lot of guys that shoot a ton of 3s, probably even more guys that make a ton of 3s. When you're playing a group of guys like that you can't give them everything.

"It's a tough matchup, but you've got to be able to do that in this league."