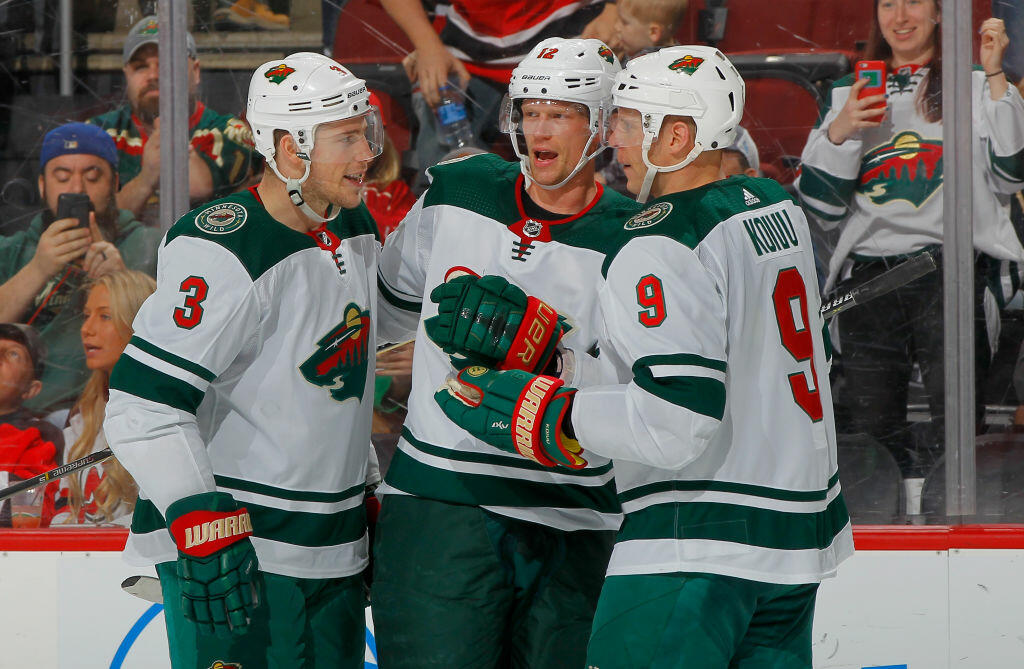 (Newark, NJ)  --  The Wild closed the game with four-unanswered goals to cruise past the Devils 4-2 in Newark.  Mike Reilly, Joel Eriksson Ek, and Chris Stewart scored in the second period to give Minnesota the lead.  Eric Staal added an insurance goal late in the third.  Alex Stalock stopped 38 of the 40 shots he faced as the Wild won their second straight.  Taylor Hall and Stefan Noesen lit the lamp for New Jersey.  Eddie Lack made 21 saves in defeat.  The Devils have lost two in-a-row on the heels of four-straight wins.