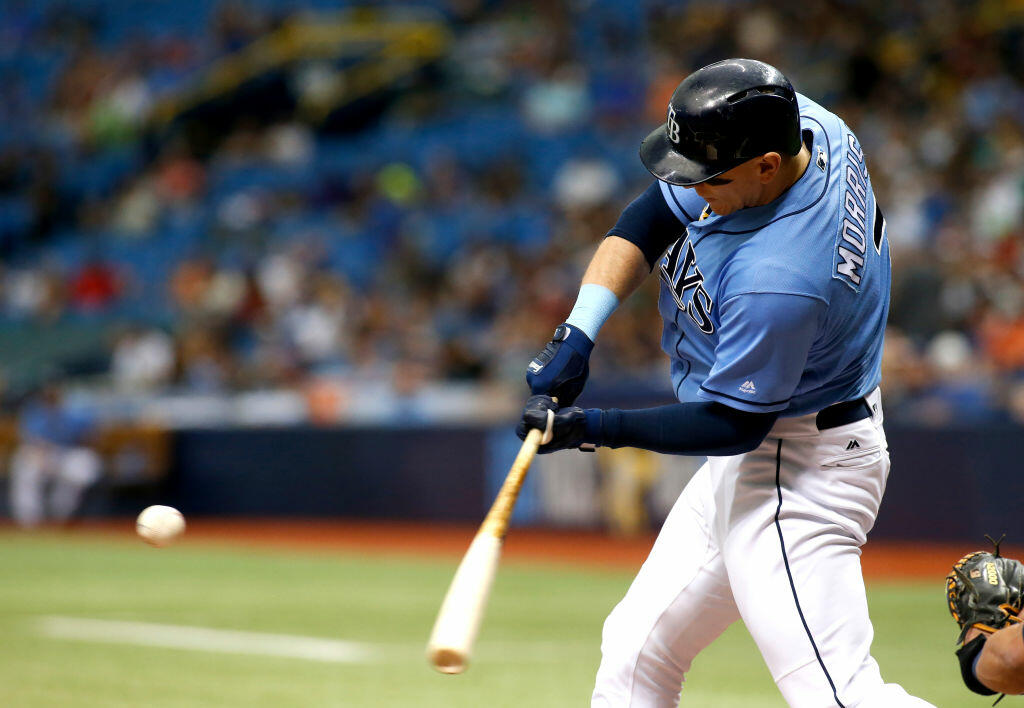 The Minnesota Twins are adding some pop to their playoff team from last year, landing free agent slugger Logan Morrison for the lineup.

Morrison and the Twins have agreed to a $6.5 million, one-year contract, according to a person with knowledge of the deal. The person spoke to The Associated Press on condition of anonymity Sunday because the agreement was subject to a physical and had not been finalized.

The Twins would have an option for 2019 that could vest automatically, making it a two-year deal.

Either way, their patience in a slow-moving market this winter has the Twins on the cusp of scoring Morrison, who's coming off a career-high 38 home runs and 85 RBIs for the Tampa Bay Rays in 2017.

Morrison was drafted by the Marlins and debuted in 2010. He was traded to Seattle prior to the 2014 season, then dealt to the Rays two years later.

Morrison played in a career-most 149 games last season and posted an .868 OPS, which would have been tops on the Twins. He broke in as a corner outfielder but became a regular at first base in 2013, his last year with the Marlins.

With Eddie Rosario in left field, Max Kepler in right and Joe Mauer at first base for the Twins, Morrison is on track to be the primary designated hitter for a team that earned an AL wild card last season. Robbie Grossman and Kennys Vargas are the Minnesota holdovers who saw the most time at DH in 2017, but their production didn't match what Morrison did for the Rays.

''Everybody knows he can hit, so we're excited to have anybody like that with that kind of power in the lineup, for sure,'' Twins pitcher Kyle Gibson said after his exhibition start against the Rays in Fort Myers, Florida. ''That's only going to make us a deeper team and a better team.''

The Twins have quietly added several veterans to an up-and-coming club, beginning with relievers Fernando Rodney, Addison Reed and Zach Duke. They traded for starting pitcher Jake Odorizzi and signed another candidate for the rotation in Anibal Sanchez before reaching the agreement with Morrison.

The Twins pre-emptively cleared a spot on the 40-man roster by placing reliever J.T. Chargois on waivers. Chargois, who pitched in 25 games for Minnesota in 2016, was claimed by the Los Angeles Dodgers on Friday.