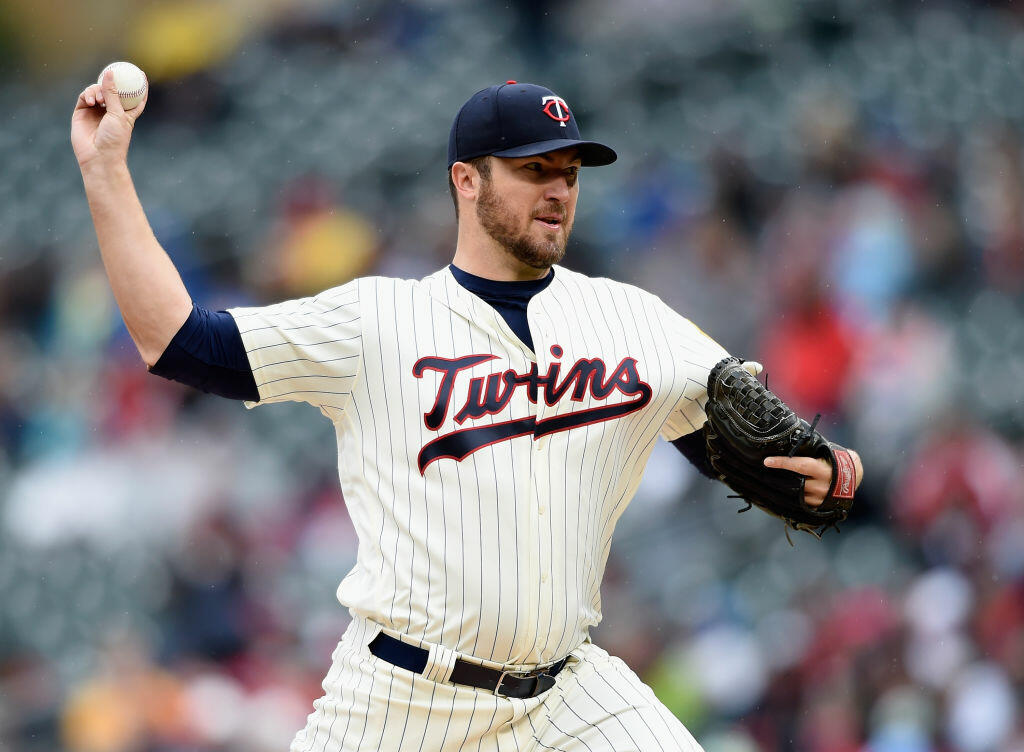 FORT MYERS, Fla. (AP) Minnesota Twins pitcher Phil Hughes prefers to focus on the future. Besides, lingering on his injury-plagued past might be too painful.

Yet coming off three straight seasons that didn't go as planned, Hughes finds himself slowed again this spring.

The 31-year-old righty strained his left oblique on Thursday, a week before opening day.

''He hasn't caught a lot of breaks,'' manager Paul Molitor said. ''He came up here and pitched his butt off that first year, he was rewarded for it. But since that time, it's been hard for him to stay on the mound.

''Some of it's certainly out of his control, with the thoracic outlet thing and he got smoked by that line drive,'' he said.

As a reward, the Twins gave him a five-year, $58 million contract, and he was their opening day starter the next season.

In 2015, he was limited by back problems. In 2016, he suffered a fractured left femur after being hit with a line drive, then underwent his first surgery for thoracic outlet syndrome. A second procedure for the same condition came last year, ending his season on July 18.

Hughes said he doesn't want to spend time looking back. ''The `why me?' No, not really,'' Hughes said. ''It's one of those things, I try not to dwell on the past or anything like that. Every step of this process has been a new challenge. So I try not to feel sorry for myself.''

Hughes had been expected to claim the fifth spot in the Twins rotation, or, at the least very least, a spot in the bullpen. He was enjoying the competition, he said, relishing the fact it made his spring more productive and focused.

Now his situation is less certain. Molitor is cautiously optimistic Hughes will return to a mound soon, once his oblique injury heals.

''I haven't been given a grade of how severe,'' Molitor said. ''I think there's some optimism that it won't be long before he's pitching again. I'm talking maybe days even. But that puts us in a bind, too.''

''We don't have the answers. I wish I had more. I don't like the feeling that we're kind of hanging up here on a few people,'' he said.

Hughes' injury could impact other roster decisions, particularly those involving left-hander Gabriel Moya and Rule 5 pick right-hander Tyler Kinley. The Twins leave Fort Myers on Monday morning for an exhibition game against the Nationals in Washington on Tuesday, before opening the season in Baltimore on Thursday.

Because of days off in the schedule, the Twins won't need a fifth starter until April 11, which could give them enough time to evaluate whether or not Hughes will be ready by then.

''We can map out the various scenarios - if (Hughes is) healthy, if he's not, if he's on the (disabled list) or he's not. Just have to tell (Moya and Kinley) they're coming with us to Washington and stay tuned,'' Molitor said.