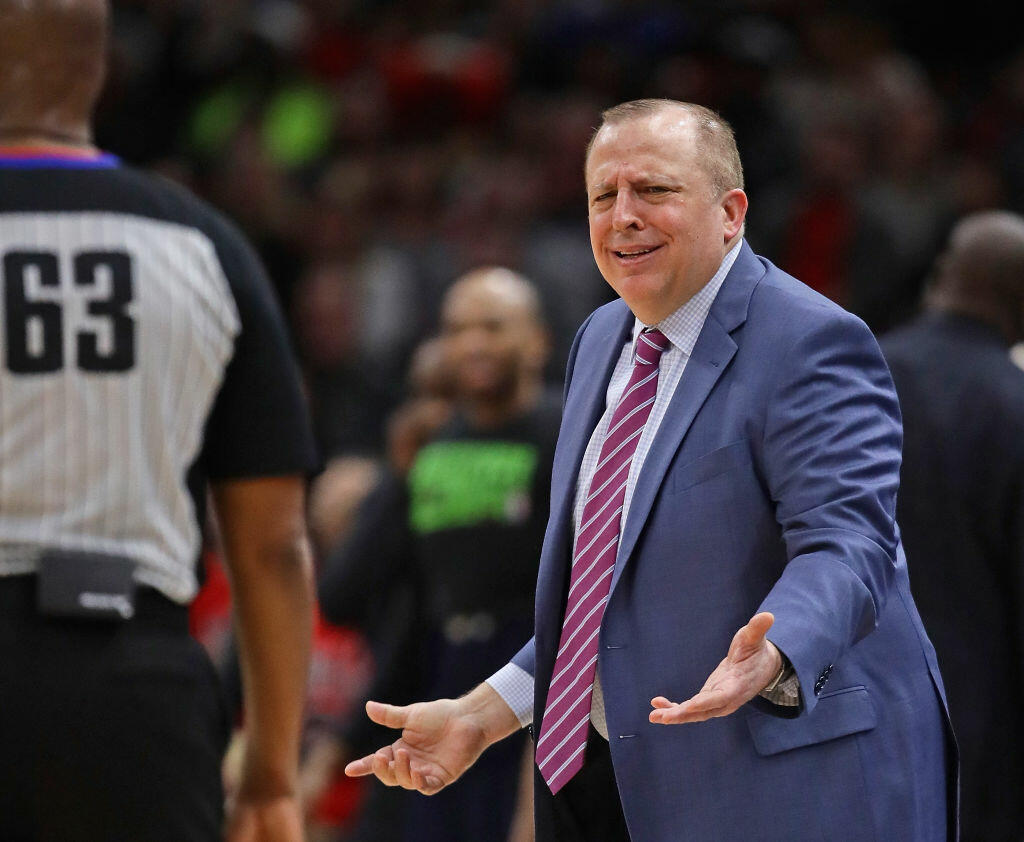 MINNEAPOLIS -- Trying to snap a 13-year postseason drought, the Minnesota Timberwolves survived a daunting stretch against some of the best teams in the NBA and without star Jimmy Butler to remain in seventh place in the Western Conference.

Travel and a packed schedule still provide a challenge for Minnesota during the final two weeks of the regular season, but the Timberwolves return home Monday with, by appearances, an easier road ahead.

The Timberwolves return from a three-game trip to the East Coast that involved back-to-back games and a travel delay. They play eight games in the final 17 days of the season.

"In the NBA, there's an excuse every night if you chose to use that or look for that, but you want to build mental toughness that you can overcome whatever is in front of you," Minnesota coach Tom Thibodeau said after Saturday's 120-108 loss at Philadelphia. "That's what you have to do if you want to do all the things that we say we want to do, we have to be mentally tough.

" Only three of the Timberwolves' remaining eight games are against teams with winning records. Once sitting third in the West, Minnesota is in a fight to end its long playoff absence.

The postseason seemed expected after the Timberwolves signed Butler, Jeff Teague and Taj Gibson during the offseason. It still appeared so until Butler injured a knee on Feb. 23.

Minnesota is 6-6 since Butler, who's expected to miss the rest of the regular season, was injured and 8-10 without Butler this season.

Memphis has dealt with injuries all season, particularly at the end as interim coach J.B. Bickerstaff has been forced to a young and inexperienced lineup.

Point guard Mike Conley has missed most of the season. Center Marc Gasol has missed time but was back for a 100-93 loss at home to the Los Angeles Lakers on Saturday. Chandler Parsons has been in and out of the lineup all season and missed the last game. Tyreke Evans missed the loss to Los Angeles for a personal issue.

"We didn't play a full 48 (minutes)," rookie forward Dillon Brooks told the Memphis Commercial Appeal. "The first two quarters we played hard and together and the third quarter we got really stagnant. Like coach said, the most important quarters are the first and the third. The way you start. We came outstanding and they increased their defensive pressure, and we gave into it and we couldn't finish it out. We had some great looks, but we've got to keep our composure together and finish games."

The seven-point loss was a recovery, in some ways, after Memphis' 140-79 loss to Charlotte in its previous game.

"I don't see any other way," Gasol told the Commercial Appeal of competing against the Lakers. "If you're not ready to compete, you should not be wearing this jersey. I don't care how talented you are, how many years you've been in the league, where you come from.

"If you're on a 10-day or you're a 10-year vet, competing and playing as hard as you can every time you wear this jersey is non-negotiable. Anybody that doesn't do that, as long as I'm here, they're going to have a tough time out there."

Minnesota forward JaMychal Green has been more involved the past few weeks because of the short-handed nature of the team and he had 17 points and 16 rebounds against Los Angeles.

Minnesota was reliant on contributions from its role players against Philadelphia. Gorgui Dieng, Jamal Crawford, Tyus Jones and Marcus Georges-Hunt all scored in double figures off the bench. All-Star center Karl-Anthony Towns had 15 points and 11 rebounds.

"Everybody's at the same quota, it just was one of those nights, the ball wasn't bouncing our way for us," Jones said. "It happens, but you have to be ready to bounce back. You have to be ready, back-to-backs are always tough, and we'll just move onto the next one. Every game counts. We want to make sure we're winning, but have to just take it one game at a time."

A win Monday would change the feeling.