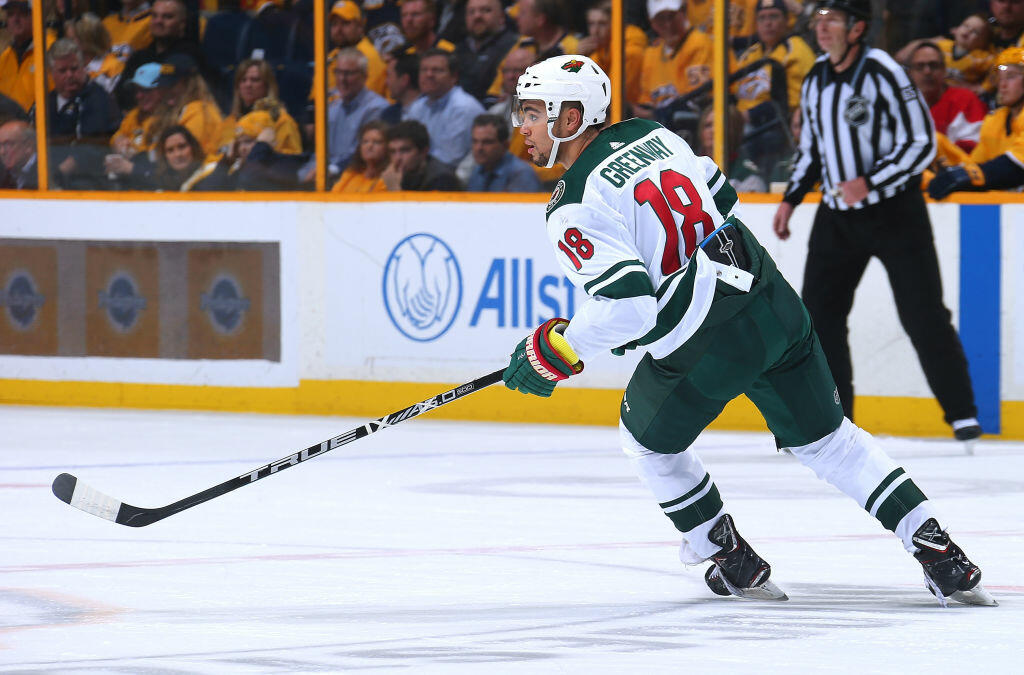 SAINT PAUL, Minn. -- March Madness is certainly not limited to the college basketball court, when one considers the NHL's made scramble of teams to sign their college draftees and finalize playoff spots. That's the case in both scenarios for the Minnesota Wild, who host the Dallas Stars on Thursday having just gotten one of their college prizes in uniform, and as they hover near the clinching point in the Western Conference playoff race.

The Wild return home after a shootout loss in Nashville on Tuesday night -- a game which all involved agreed had a real playoff feel. With the Predators already in the postseason and the Wild close to clinching a sixth consecutive trip, a May meeting between those teams is not a far-fetched idea. For Minnesota, Tuesday also marked the NHL debut of prized collegian and Olympic forward Jordan Greenway, who signed with the Wild less than 24 hours after his Boston University career ended with a Terriers' loss to Michigan on Sunday in the NCAA East Regional final.

Greenway won't be skating in the NCAA Frozen Four, which will be played at Xcel Energy Center in a week. Instead, he'll skate as part of the home team on the Wild's home ice for the first time on Thursday.

"You see that he's going to be a good player," Wild coach Bruce Boudreau said after Greenway's debut in Nashville. "Positionally he was fine and he's got great reach. This is a tough game for number one for a young man's career, but I thought he handled it well."

Although the rookie is less of a story than the cagey veteran in Minnesota these days, after Eric Staal became just the second player in franchise history to record a 40-goal season on Tuesday.

"It's nice. It feels good," said Staal, who joins only Gordie Howe in NHL history to have 40-goal seasons nine years apart. "When you're at 39 you always want to get it out of the way, especially when you've got people texting you, calling you, my kids and people are watching, so it is nice and it was nice to get it in that moment."

For Dallas, the eight-game streak without a win (0-6-2) is finally over after they beat the Flyers in overtime on Tuesday. Unfortunately, their hopes of making the playoffs are all but over as well. Statistically, the Stars need to go unbeaten in their final five games, and get plenty of help, to have a chance of sneaking in, meaning that every game is like an elimination game now.

"We live to fight another day. We've got to go win a road game and that's the players' attitude," Stars coach Ken Hitchcock said after the home win over Philadelphia. "Everybody is kind of focused on that."

The teams have split their first two meetings of the season, with the Wild winning at home in late December, and the Stars handing Minnesota one of its worst losses of the season, 6-1, in Dallas in early February. The will follow up Thursday's game in Minnesota with a Saturday night meeting in Texas.