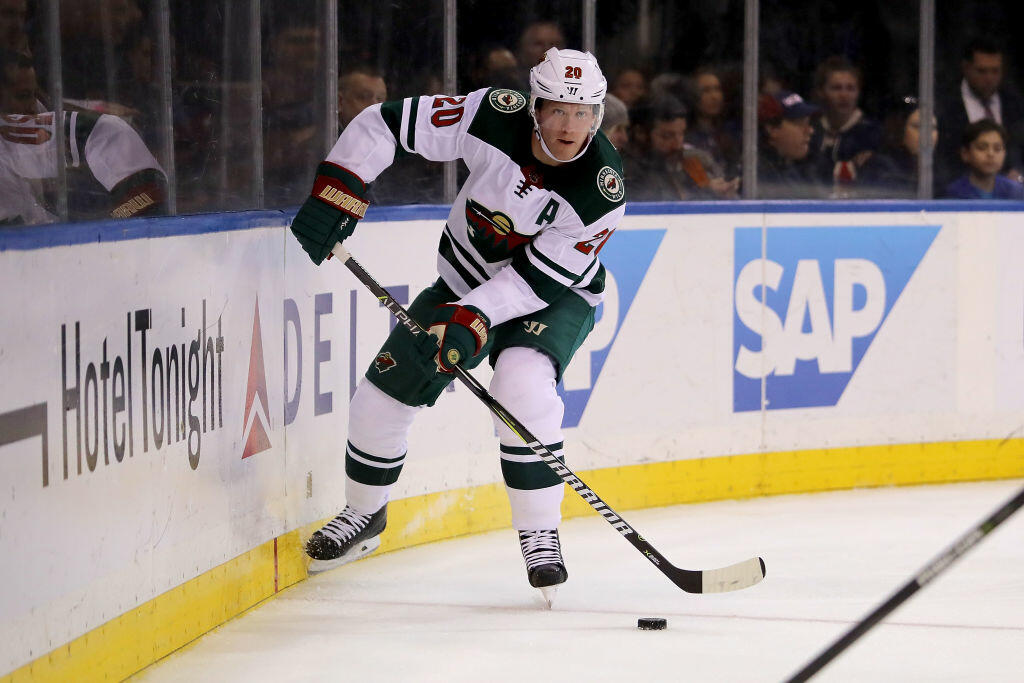 ST. PAUL, Minn. (AP) Minnesota Wild defenseman Ryan Suter has a broken right ankle that will require surgery and end his season, right before the start of the playoffs.

The Wild announced the diagnosis on Monday before they beat Edmonton 3-0, when Suter's streak of 242 consecutive regular-season games ended. That's the third-longest in franchise history.

''Sure it is a blow, but it's a chance for other people to step up and for leaders to take the team on their back and show you can play through adversity,'' coach Bruce Boudreau said. ''The greatest feeling of success is when people say you can't do something and you do it. So that's where we're at.''

Suter was hurt on Saturday at Dallas when he crashed leg-first into the end wall and needed help off the ice, and according to his teammates he was downcast on the bus afterward. An MRI on Monday confirmed the fear that an operation would be needed to fix the fracture.

Suter already set a career high this season with 45 assists, which also beat his own franchise record for defensemen. Almost half of those assists came on a power play. Suter is also second in the NHL with an average ice time per game of 26:46. No player in the league has been on the ice more since 2012, when Suter and Parise signed matching 13-year, $98 million contracts with Minnesota.

The 2014-15 season was the only other one out of six with the Wild during which Suter didn't play a full schedule, but those absences weren't even due to injury. He missed two games with the mumps virus, served a two-game suspension for elbowing and sat out the finale to rest for the playoffs.

''He brings a lot of calm and poise back there, and he moves the puck well,'' goalie Devan Dubnyk said. ''That's one thing that makes a great defenseman, moving pucks out of the zone, putting pucks in the forwards' hands, and it's going to be important for our guys to continue to do that.''

The Wild are also currently missing Jared Spurgeon, their second-best defenseman, because of a partially torn hamstring. He skated on Monday for the third straight day, though, and Boudreau said he'll be ready for the playoffs. Against the Oilers, Jonas Brodin and Matt Dumba formed an under-25 first pair, rookie Nick Seeler played with Ryan Murphy and Carson Soucy made his NHL debut next to Nate Prosser. Gustav Oloffson is also out, missing his second straight game with an upper body injury. The Wild were plenty confident in the ability of Brodin and Dumba to elevate their performance with the higher profile and increased responsibility.

''That's a one-two defenseman on almost any team in the league the way they've played this year,'' Dubnyk said.

The Wild have played without several of their best performers for long stretches this season, and two years ago they entered the playoffs without Parise, who was bothered by a back injury. So while Suter's absence is unmistakable, playing without key players is nothing new to them or any of their opponents for that matter.

''When you compete, things happen like this, and they happen because you compete,'' Boudreau said. ''It's the nature of the beast, and we'll just move on.''