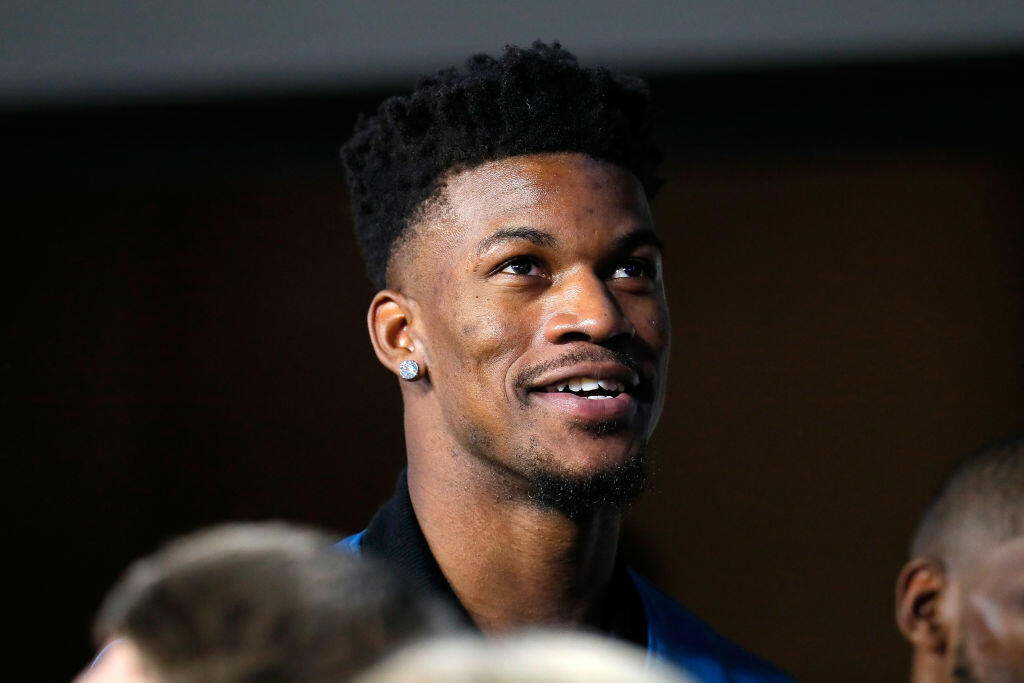 MINNEAPOLIS (AP) The Minnesota Timberwolves have been stumbling down the stretch, trying to hold on long enough for the franchise's first postseason appearance in 14 years.

The All-Star shooting guard, whose fearlessness with the ball and tenacity defending it has been badly missed by the team, told reporters after practice on Tuesday that he's ''this close'' to being back on the court.

Butler was a full participant in the workout, coach Tom Thibodeau said, and his surgically repaired right knee would be evaluated again on Wednesday.

The Timberwolves play at Denver on Thursday, one of two matchups left with the Nuggets. They're one of their primary competitors for the remaining playoff spots in the stacked Western Conference, where the fourth and eighth places were separated by two games entering the games on Tuesday. The Nuggets are ninth.

The Wolves visit the Los Angeles Lakers on Friday. They host the Memphis Grizzlies on Monday. The final regular- season game is on April 11 against the Nuggets.

''You've got to risk it for the biscuit, and I'm ready to do that,'' Butler said. ''I want to be in the playoffs. I want to continue to play. I'm not saying I'm the only reason we're going to make it. But I think the chances are a little bit higher if I'm out there.''

The Wolves are 8-8 since Butler was hurt, in quite the fight to keep playing beyond next week. They hold tiebreakers against every other team that's slotted fifth through 10th as of Tuesday, though two losses to Denver could give the Nuggets that edge.

Far more problematic than the probabilities and scenarios for Minnesota is the lack of fire on display down the stretch, particularly on defense. The Wolves lost 121-97 at home to Utah on Sunday to let the Jazz move ahead of them into sixth place.

Butler took part in five-on-five drills on Tuesday for the second straight day, Thibodeau said. This last stage of rehabilitation from the meniscus injury on Feb. 23 is about stamina, timing and taking contact.

''You've got to trust Jimmy. That's the main thing,'' Thibodeau said. ''You go step by step, do all the things that the medical people are asking him to do, but he's the athlete. He knows. He's been through this before in different situations. When he's ready to go, he'll go.''