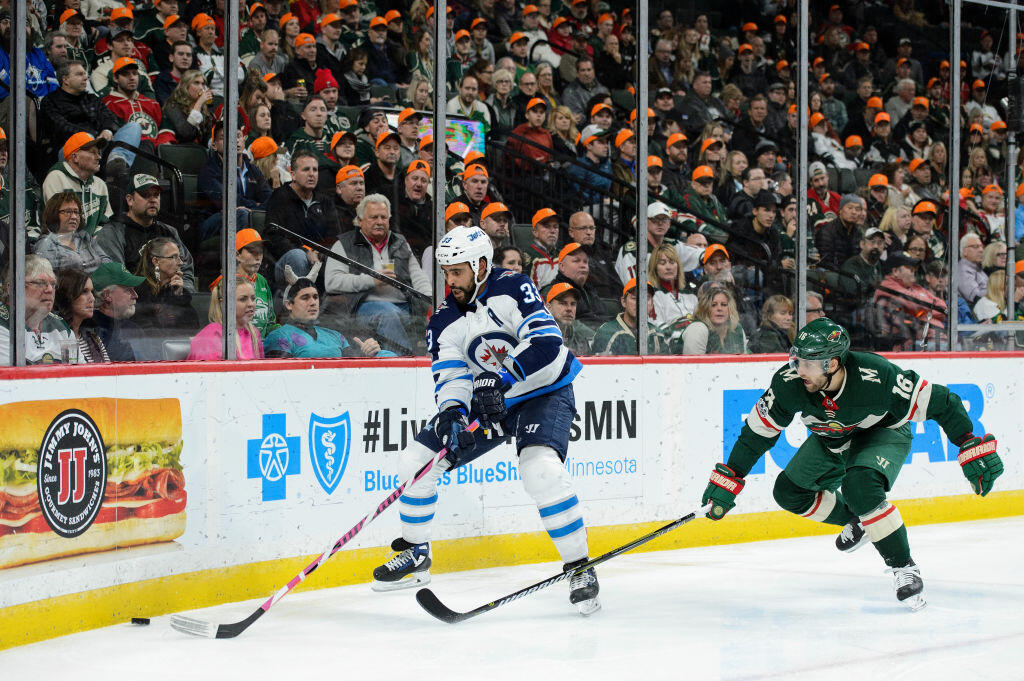 When you come to the provincial capital of Manitoba for the playoffs to face the Winnipeg Jets, you know two things for sure: it's going to be white, and it's going to be loud. The fans inside MTS Centre wear white to playoff games -- a tradition started three decades ago during the team's first incarnation in Winnipeg. And they're noisy.

Really, really noisy Bruce Boudreau will bring the Minnesota Wild to Winnipeg on Wednesday for Game 1 one of their first-round playoff series. Since the NHL returned to Winnipeg in 2011, Boudreau is in fact the only opposing coach to experience that atmosphere first-hand.

In 2015, Boudreau coached the Anaheim Ducks to a four-game sweep of the Jets in round one, including a pair of wins in Winnipeg. So, he's not expecting to be intimidated by conditions inside the arena.

"They have a rabid fan base, but every team in the NHL has a rabid fan base at this stage of the game," Boudreau said Tuesday, before the Wild boarded a northbound plane. "Noise isn't going to bother you."

If the Wild are going to get bothered, it will be on the rink, as they face a Jets team that has shown few weak spots in finishing second in the Central Division and earning home ice for the series.

"You have less room for error because they're always coming at you. You can't have a 10-minute break so to speak and play normal. You always have to be on your toes playing the right way because one line's as good as the next line," Boudreau said of the Jets. "It's not a question that they're overly deep, it's just you've got to play the same way to defend player A as player X on their team."

What the Jets lack in playoff experience, with one of the youngest and perhaps hungriest rosters in the NHL, they make up for in enthusiasm, as the roster and the city are excited -- perhaps overly so -- for the start of the playoffs. This franchise, which started as the Atlanta Thrashers in 1999, has never won a playoff game, and the opportunity to do that for the first time is the talk of the town.

"Game day is going to be really exciting for us, but the hockey doesn't change," said Jets coach Paul Maurice, who coached the Carolina Hurricanes to the Stanley Cup Finals in 2002. "It's going to get faster and all the details are pushed harder by both teams, but the game that we want to play is what we've been working on for 82."

The Wild lineup might look different, at least on the blue line, then in recent games when the puck drops Wednesday. Defenseman Jared Spurgeon has been out since last month with a groin injury but has been practicing and is hopeful to return. It would be a big boost for Minnesota, which is reeling from the loss of defenseman Ryan Suter to a season-ending leg injury.