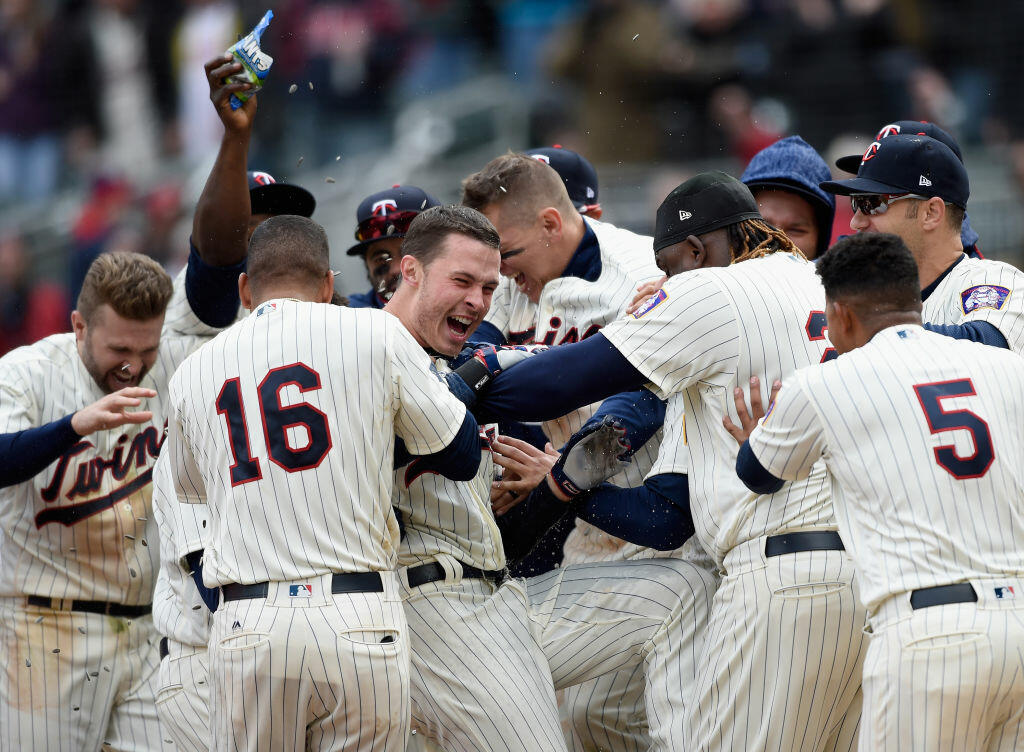 (Minneapolis, MN)  --  After blowing a seven-run lead, Max Kepler hit a walk-off solo home run in the bottom of the ninth inning to lift the Twins to a 9-8 win over the Astros at Target Field.  Kepler also had a two-run homer during an eight-run fourth inning that put Minnesota up 8-1.  Eddie Rosario added a three-run triple for the Twins, who took two-of-three in the series.  Fernando Rodney was credited with the win after suffering his first blown save in the top of the ninth.  Alex Bregman went deep for Houston, which dropped to 9-and-4.  Brad Peacock suffered the loss.