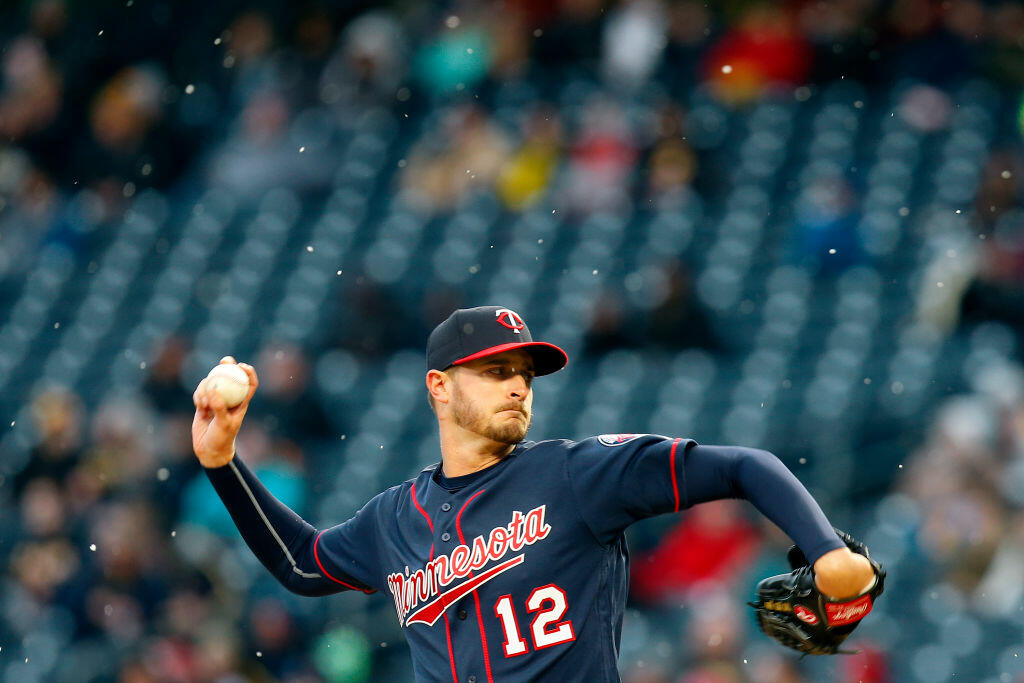 The Minnesota Twins finally found a way to beat the elements and get back to playing baseball.

All it took was a flight to Puerto Rico.

The Twins lost four games to weather last week, including the last three games of what was supposed to have been a four-game weekend series with the Chicago White Sox after blizzard dumped nearly a foot of snow on the Twin Cities.

Now, after sitting idle for four days, they'll finally get back to work Tuesday when they "host" the Cleveland Indians for a quick two-game set at Hiram Bithorn Stadium in San Juan.

It will be Odorizzi's first action in six days and his fourth appearance of the season for the Twins, who acquired him in a trade with Tampa Bay early in spring training. He picked up his first victory as a Twin his last time out, getting past some early-inning command issues to go six innings while holding the Housto Astros to a run, five hits and five walks while striking out four.

He's expecting a raucous atmosphere in San Juan, where Major League Baseball is playing games for the first time since 2010 in an effort to restore some normalcy after the island was devastated by hurricanes last season.

Odorizzi knows the games will be a big deal for the fans, but also for the Puerto Rican natives on the Twins' roster who will get a chance to play before their family, friends and countrymen.

But they're also important from a strictly baseball standpoint, too. The Twins are hoping to challenge Cleveland in the American League Central this year so it will be business as usual -- as much as possible -- when the game begins.

"These are important games," Odorizzi said. "We're playing against the team that won the division last year, and this is our first time facing them (this season). It's a big two-game series. For us to do what we want to do this year, we have to be able to beat them. This will be a good test of where we're at."

Cleveland has had its share of weather woes this season, too, and had the last two games of a weekend series against the Toronto Blue Jays washed out by rain. Right-hander Corey Kluber was originally slated to start Saturday and will be on eight days' rest when he faces the Twins on Tuesday.

"It's exciting," Cleveland manager Terry Francona said of Kluber's work so far. "We've all seen that when he gets on a roll, he can maintain it for, sometimes, shoot, as long as you can play. And that's a really good feeling, because he'll be in here tomorrow working his tail off, doing his routine. That's why I think he's able to be so consistent."

Cleveland won the season series over Minnesota a year ago, taking 12 of the 19 meetings between the teams and cruised to the AL Central title with a 17-game cushion over the second-place Twins.