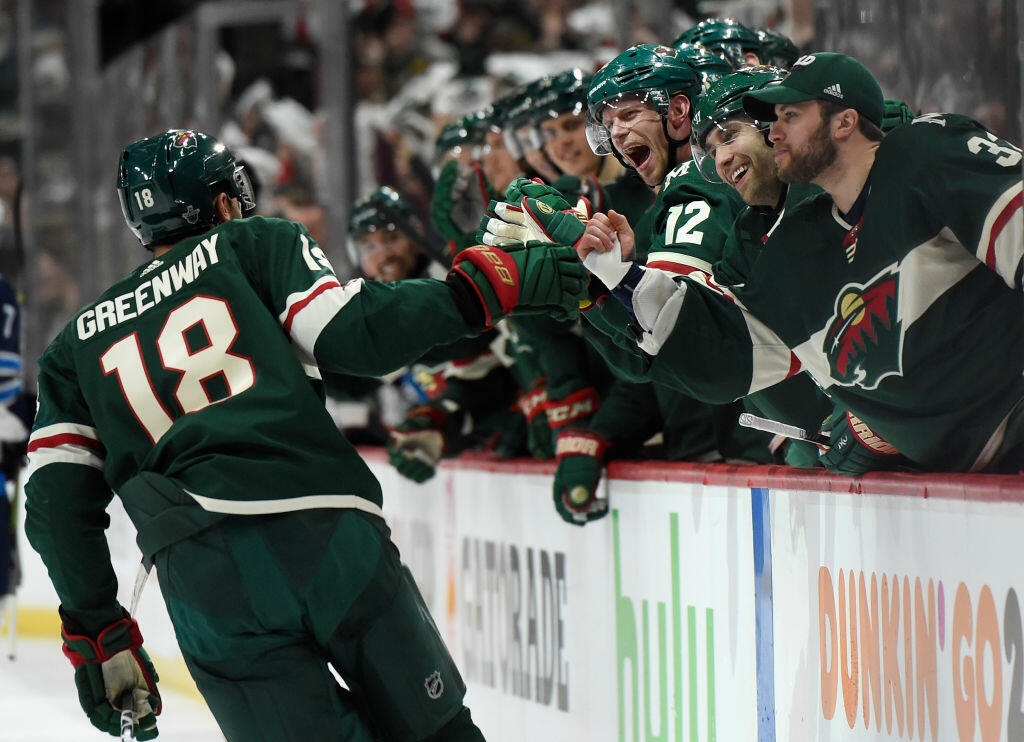 ST. PAUL, Minn. (AP) - Mikael Granlund and Zach Parise scored power-play goals in the first period for the spark Minnesota was missing on the road, and the Wild used a four-goal second to roar back against Winnipeg the Western Conference series.

The Wild will try to tie the best-of-seven series 2-2 in Game 4 at home Tuesday night.

Jordan Greenway scored his first NHL goal just 20 seconds after Eric Staal sent a wrist shot past past a struggling Connor Hellebuyck, who was pulled for Steve Mason at the second intermission.

Matt Dumba and Marcus Foligno bookended the furious middle frame with goals for the Wild, who won a postseason home game for only the second time in their last nine contests. Mikko Koivu and Nick Seeler each had two assists and Devan Dubnyk made 29 saves, keeping the crowd loud all night.

Blake Wheeler and Tyler Myers scored for the Jets.