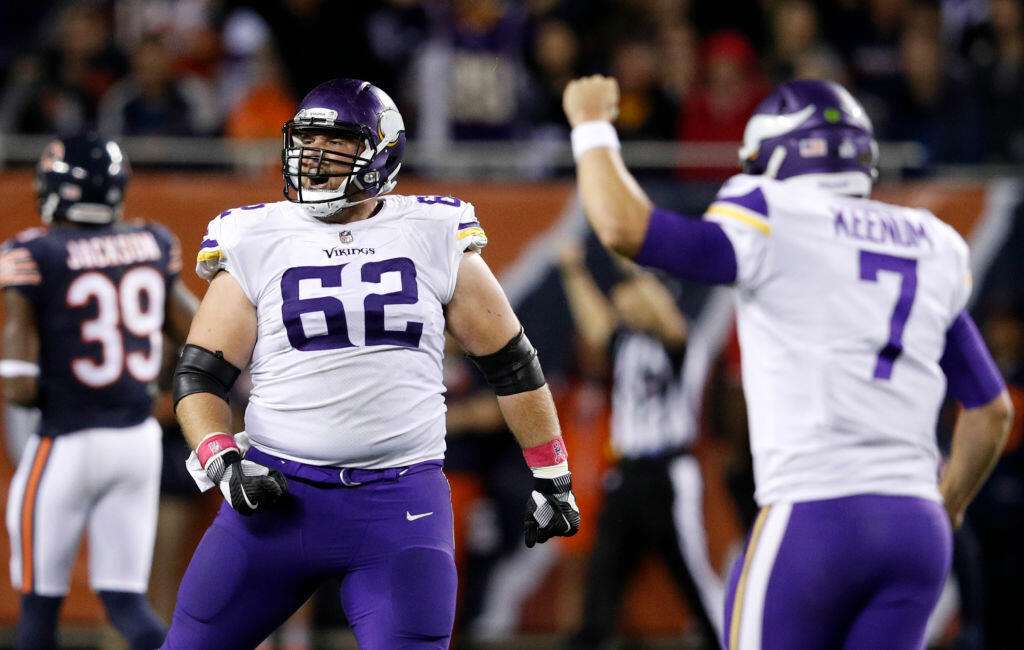 Easton will earn a little more than $2.9 million in 2018 after the Vikings used the second-round tender on him.

Easton started 12 games for the Vikings last season, playing both guard positions as well as center during the season.

He fractured his ankle in the Dec. 23 game against the Green Bay Packers, forcing him to miss the end of the 2017 regular season and the playoffs.

Easton, 25, has played two NFL seasons after going undrafted in the 2015 NFL Draft out of Harvard.