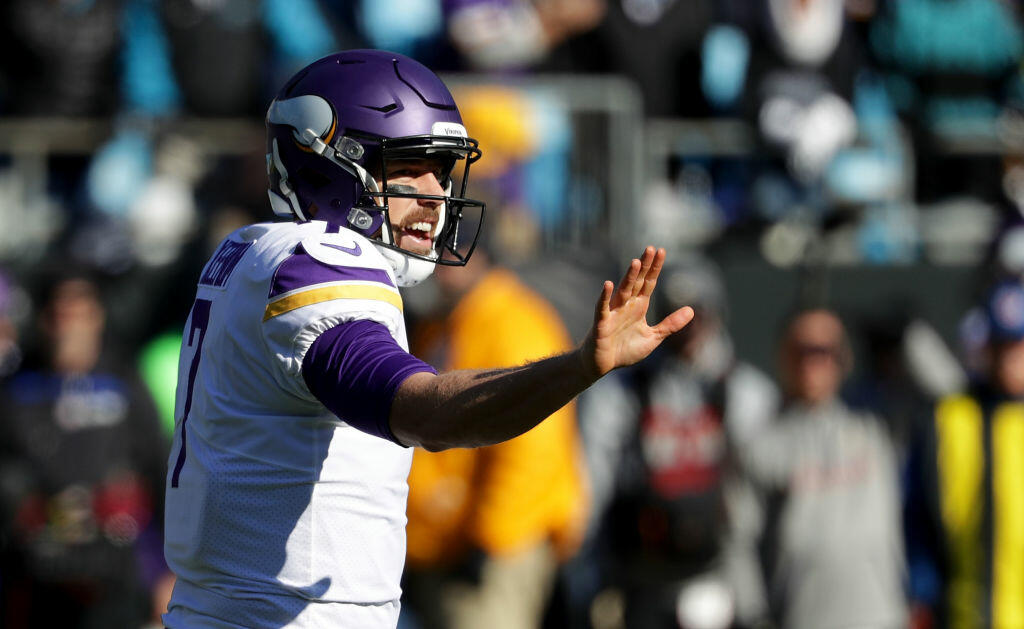 As the a-topic here in Minnesota continues to surround Kirk Cousins and the potential that he may sign with the Minnesota Vikings, day by day more teams are seemingly dropping out of the race as the Vikings stronghold on his attention grows.

Today, another team has reportedly moved on to plan B.

The other day we heard that the New York Jets were getting ready to concede Cousins interest to Minnesota and move on to plan-B. Now we can apparently add the Denver Broncos to the list of teams who were kicking the tires with Cousins but didn't have enough to walk away with the win.

According to multiple reports, the Broncos are pretty sure Cousins will land in Minnesota so they are setting their sights on the next options, former Minnesota Vikings QB Case Keenum.

On the surface there hasn't been much interest shown between the Minnesota camp and the Keenum camp as free agency looms. Is it because he wasn't named the starter? Will he go for the biggest offer? Does he really like it here?

Who knows, but maybe the Denver Broncos and an opportunity to start year one seems more attractive for Mr. Keenum.